Down With the Shine av Kate Karyus Quinn

There's a reason they say "be careful what you wish for." Just ask the girl who wished to be thinner and ended up smaller than Thumbelina, or the boy who asked for "balls of steel" and got tem-literally. And never wish for your party to go on forever. Not unless you want your guests to be struck down by debiliating pain if they try to leave.
These are things Lennie only learns when it's too late-after she brings some of her uncles' moonshine to a party and toasts to dozens of wishes, including a big wish of her own: to bring back her best friend, Dylan, who was abducted and murdered six months ago.
Lennie didn't mean to cause so much chaos. She always thought her uncles' moonshine toast was just a tradition. And when they talked about carrying on their "important family legacy," she thought they meant good old-fashioned bootlegging.
As it turns out, they meant granting wishes. And Lennie has just granted more in one night than her uncles would grant in a year.
Now she has to find a way to undo the damage. But once granted, a wish can't be unmade...

All her life, Blue has been warned that she will cause her true love's death. She doesn't believe in true love and never thought this would be a problem, but as her life becomes caught up in the strange and sinister world of the Raven Boys, she's not so sure anymore

A fighter dedicated to saving humankind from dragons in strictest secrecy.
That was what Garret Xavier Sebastian thought he was part of as a soldier of the Order of St. George. What he learned from a fiery dragon hatchling twisted all he believed in and sent him on a collision course with certain death-but not without a chance to put things right.
Betrayed and on the run again, Ember and rouge dragon Riley discover an unthinkable truth about Talon and St. George. They'll need Garret's skills and insider knowledge of the Order to negotiate an impossible deal-and if they fail, there will be no way to stop all-out war.

The Incident On the Bridge av Laura McNeal

The last anyone saw of Thisbe Locke, she was standing by a car on the side of the bridge.
She'd been depressed since she stopped seeing Clay, who humiliated her in front of everyone at his party. But would Trisbe really jump because of that?
Her sister swears she wouldn't.
The police know that grief-stricken families always hope for a different ending. And that decisions about jumping can be made in an instant.
Either way, there's no sign of Thisbe.

ONE SUMMER in the French countryside, among sun-kissed fields of lavender...
ANOTHER SUMMER in upstate New York, along familiar roads that lead to surprises...
When Summer Everett makes a split-second decision, her summer divides into two parallel worlds. In one, she travels to France, where she's dreamed of going: a land of chocolate croissants, handsome boys, and art museums. In the other, she remains home, in her ordinary suburb, where she expects her ordinary life to continue - but nothing is as it seems.
In both summers, she will fall in love and discover new sides of herself. What may break her, though, is a terrible family secret, one she can't hide from anywhere. In the end, it may just be the truth she needs the most.

The Lonely Ones av Kelsey Sutton

Fain hasn't always been lonely. Her family used to be close; she used to have good friends. But as circumstances-and people-changed, Fain was left behind. That's when the monsters appeared.
While her parents argue and her peers and siblings either pick on or simply ignore her, Fain spends time in a world of her own making. During the day, she crafts stories of fantastical adventures, but in the darkness of night, these adventures come to life alongside a legion of imaginary creatures, with Fain as their queen.
In time, Fain begins to see possibilities and friendships emerge in her day-to-day, but when she is let down by the one relationship she thought she could trust, Fain must decide: remain queen of the imaginary creatures, or risk opening herself up to the fragile connections that can only be formed in the real world?

As heir to a kingdom of floating continents, kali has spent her life bound by limits - bu her duties as a member of the royal family; by a forced betrothal to the son of a nobleman; and by the edhe of the only world she's ever known - a small island hovering above a monster-ridden earth, long since uninhabited by humans. She is the Eternal Flame of Hope for what's left of mankind, the wick and the wax burning in service for her people, and for their revered Phoenix, whose magic keps them aloft.
When Kali falls off the edge of her kingdom and miraculously survives, she is shocked to discover there are still humans on the earth. Determined to get home, Kali entrusts a rugged monster-hunter named Griffin to guide her across a world overrun by chimera, storm dragons, basilisks, and other terrifting beasts. But the more time she spends on earth, the more dark truths she begins to uncover about her hime in the sky, and the more resolute she is to start burning for herself.

Bokens första mening: It's funny what you hold on to, the things you remember when everything ends.

Handling:
Years ago, Kahlen was rescued from drowning by the ocean.To repay her debt, she has served as a Siren ever since, using her voice to lure countless strangers to their deaths. Though a single word from Kahlen can kill, she can't resist spending her days on land, watching ordinary people and longing for the day when she will be able to speak and laugh and live freely among them again.
Kahlen is resigned to finishing her sentence in solitude... until she meets Akinli. Handsome, caring and kind, Akinli is everything Kahlen ever dreamed of. And though she can't talk to him, they soon forge a connection neither of them can deny... and Kahlen doesn't want to.
Falling in love with a human breaks all the ocean's rules, and if the Ocean discovers Kahlen's feelings, she'll be forced to leave Akinli for good. But for the first time in a lifetime of following the rules, Kahlen is determined to follow her heart. 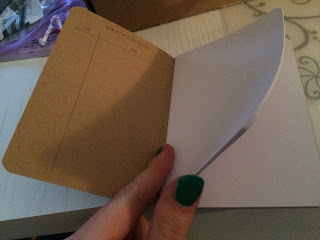 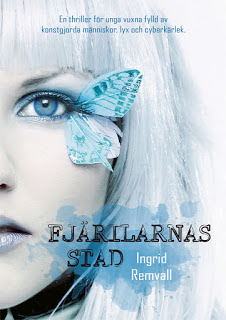 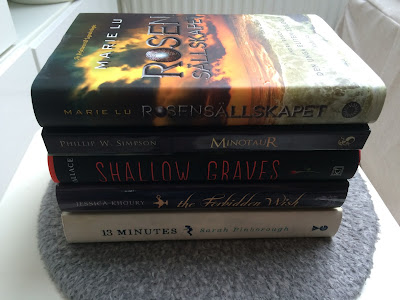 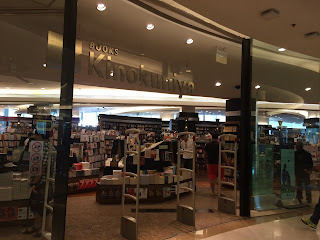 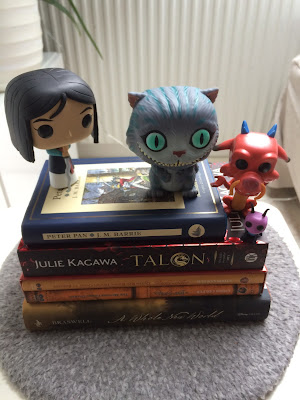 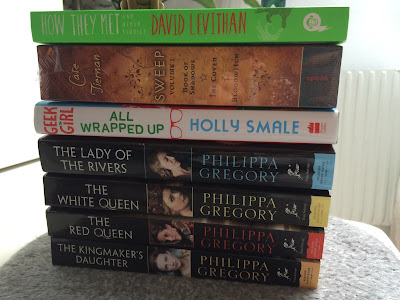 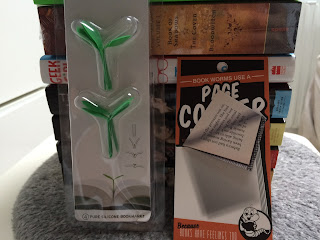 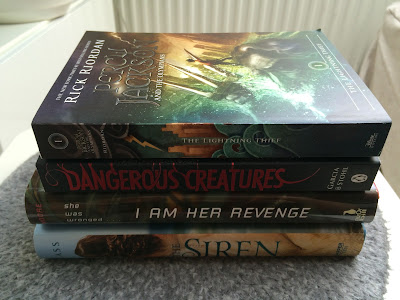 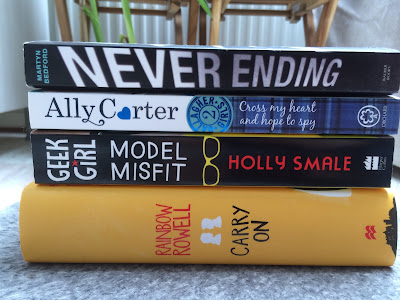 Bokens första mening: The ground shook, like Hades had lost his temper.

Handling:
On the island of Nil, the rules are set. You have exactly 365 days to escape - or you die. Rives is now the undisputed Leader of Nil City, but keeping the City united is tougher than ever.
Raiders have grown bolder, supplies are dwindling, and nonhuman inhabitans have taken a turn toward the deadly. New arrivals cause rifts within the City, putting the Search system at risk and calling everything Rives knows into question. Desperate for answers, he teams up with the only other person searching for them: Skye, a new arrival with a mysterious past of her own. Soon the two find themselves locked in a desperate race to save all the residents of Nil - and possibly destroy the island forever. But at what cost? And who will pay the price?